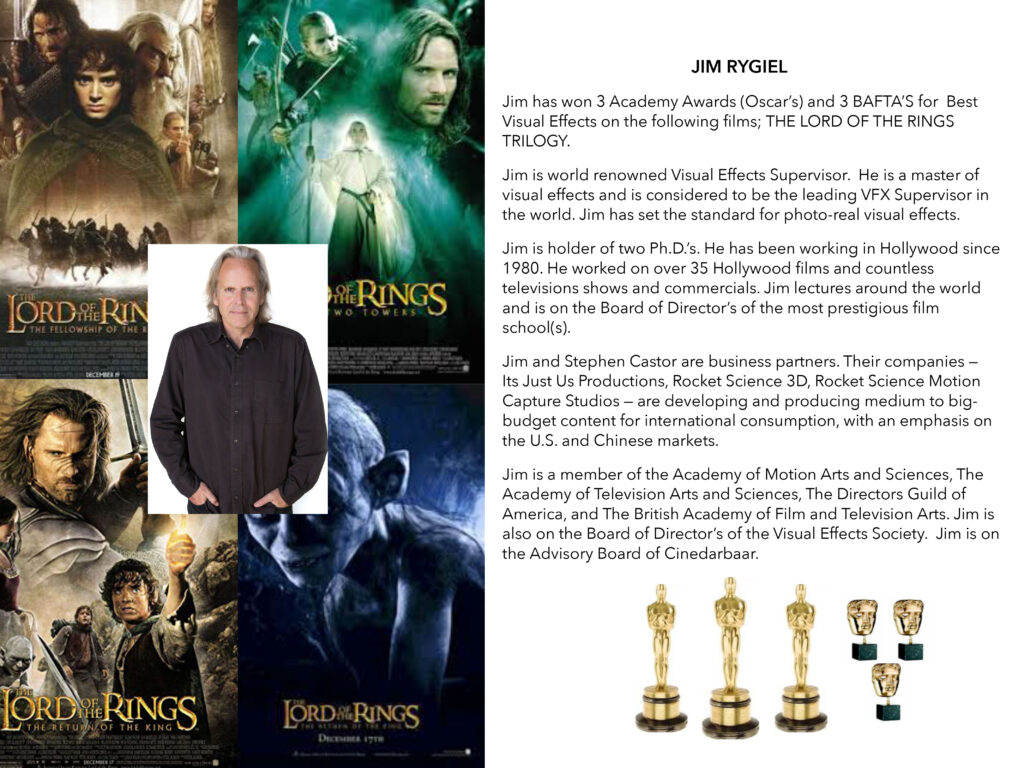 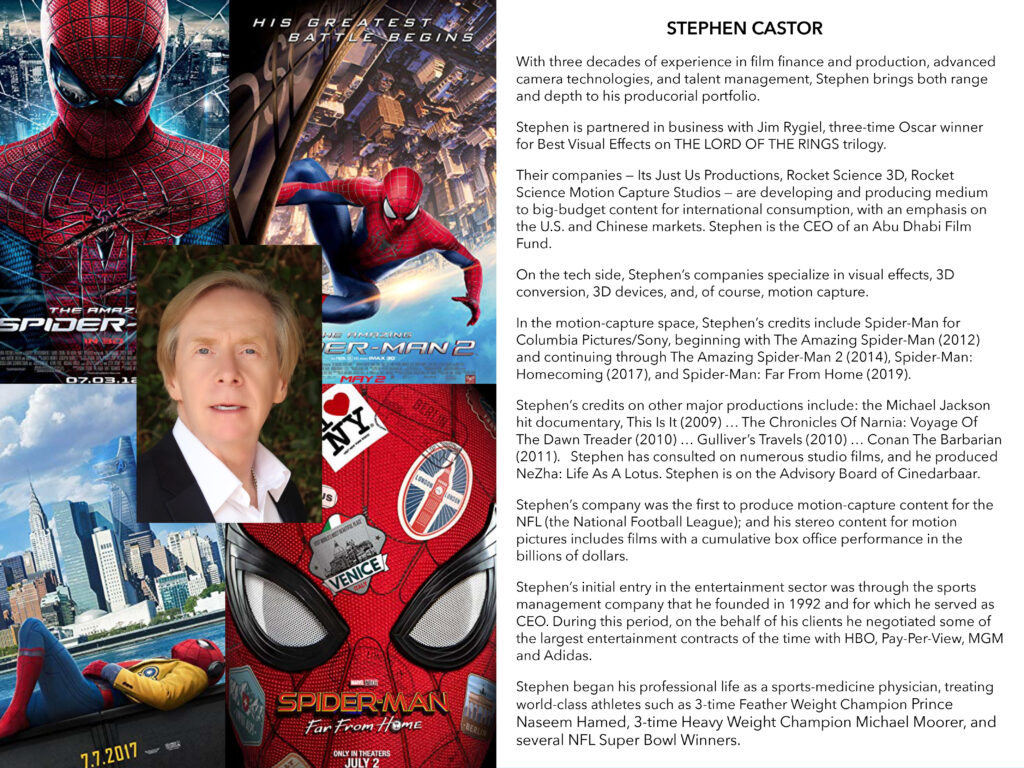 She is a known Bollywood actress based in Mumbai with around 2 dozen films to her credit. She started as a theater artiste and has done many short films, commercials, fashion modelling for many brands and print shoots. She has acted as a lead actress  in a number of regional language feature films in India.

Gioya Tuma-Waku is an actress based in Los Angeles. She was born in Kinshasa, Democratic Republic of the Congo and raised in Johannesburg, South Africa. Her love of performance started at an early age and by age 10 she knew that her passion and future lay in Acting. Her performance in the film Pink Lemonade has gotten her a a nomination as Best Actress Semi Finalist for the Olympic Film Festival as well as a nomination for Best Actress for the LA Film Awards. She also won Honorable Mention Actress in in an Indie Film for Pink Lemonade at the Los Angeles Film Awards.

She was born and lived in Italy where she studied foreign literature. In 2018 she moved to The Hague with her family. Lover of reading, visual arts and music, especially jazz. “Working for The Hague Global Cinema Festival and Aravali Film Festival gives me the opportunity to combine my passion for films with being part of a team in an environment that highlights the multiculturalism, a characteristic of The Hague, the city where I chose to live and where I want to play an active role.”

A Mathematician with a degree from IIT, Roorkee, India and a Mixed Media Artist. With a passion for art, she attained a diploma in Fine Arts from Raja Mansingh Tomar Music & Arts University, India and has participated in various art exhibitions across India, Middle East and Europe for charity purposes. She loves to watch all types of films and is a passionate critique. She also believes that movies shape our lives.

Khyati Rajvanshi is an Assistant Output Editor and Researcher at New Delhi Television Limited. She helps edit and produce the Prime Time shows in NDTV 24×7. With a degree in Film Studies and Communications (BA Honors Oxford Brookes University) and Masters in Multimedia Journalism (University of Westminster), she is a film buff and loves to critique films.

Suzanne Banning is an award-winning artist who is mostly known for her self-portraits. Her medium, among other things, is “Experimental Photography”, as she calls it. She creates her work during performance-like sessions in which she devises an alternative world and plays various roles, drawing inspiration from poetry, novels, movies and a variety of Mythology (including Greek, Roman, & Hawaiian Mythology). During her photo shoots she uses photos and movies to add color and depth, thus creating a sense of space. To fuel herself she uses music, her most important muse being Tori Amos. This way, Banning’s work combines her love for Visual Art, Literature, Film and Music. Her work has been shown in 8 countries around the world in 5 solo shows and 75 group-exhibitions curated by Connie Butler, Dan Cameron, Andrea Karnes, Dominique Molon, Marysol Nieves, James Rondeau, among others. Her work is part of the Permanent Collection of the Art Museum of South Texas in Corpus Christi (USA) and has been acquired by 29 Private Collectors.

He is a Bollywood Director with around 15 years’ experience of directing over 100 projects of a variety of genres. Projects range from TV commercials , Tele-films , Tele-series , Video spots , Corporate Films, documentaries to independent short films. He has also penned down Lyrics for an international Album ‘ Colours of peace ‘ .

Scott has a passion for enjoying films of all sorts in particular those with “a message that makes him ponder and think”. His involvement in the Hague Global Cinema Festival is as a film-goer and he is mightily impressed by the innovation and the sheer quality of all of the films that are submitted.

Scott has lived and worked overseas, he has travelled extensively, and now resides in the UK where he is enjoying life.

She is an Associate Professor of English in Dungar College, Bikaner, India. She has 25 yrs of teaching and research experience. She is a film critic and has traveled to Europe and Southeast Asia to deliver lectures. She has done a language assessment course from the University of Maryland and Baltimore County. Eleven scholars have completed PhD under her supervision. Her areas of interest are ELT, Diasporic literature, Film studies, gender studies.

Is an Iranian award winner filmmaker with more than a dozen films to his credit. He also serves on the panel of judges of some other international film festivals. He is CEO and Founder of IRAN FILM PORT (An Iranian Films Agency & Distribution Company.

“She brings with her 20 years of experience in the field of TV Journalism and Movie Making. She has had an illustrious career which saw her taking on various roles of Producer, Director, RJ, Anchor, Actor and many more.”

She is a theater artiste and classical dancer. She has a  theater group V-Dramatics which has done several successful shows in Ahmedabad.

Alumni of prestigious Film & Television Institute of India (FTII-Pune); worked in the Bollywood for 10 years and then moved to Mauritius to join Mauritius Broadcasting Corporation as Advisor to the Director General. Also held post of Director in an advertising company of Mauritius. Currently he is the head of a brand Agency located in Mauritius and India.

An alumnus of the prestigious Film and Television Institute of India (FTII) Pune; worked as the Dean (Films) in FTII; commissioned and launched Terrestrial Television in Uganda – East Africa, More than 30 years of experience in Films & Television industry as Editor, Director, Script Writer and Executive Producer. At Present he is Associate Director at MIT School of Film & Television, Pune, India.

A former State Film Promotion Policy Committee member of Uttarakhand, Subhash Agrawal is an alumnus of the prestigious FTII, Pune with several academic qualifications including a Ph.D. with three Master’s and many diplomas. With over 30 years of Bollywood experience. he is a well-known writer, director, journalist, recording engineer, producer and researcher

Rogier van Beeck Calkoen (writer, director) has trained in Prague, Italy and Los Angeles. He directed the award winning short “24/7 Fitness Club: set in nighttime Prague, the incredible World War II story “The Storykeeper”, shortlisted for the Hot Springs Documentary Award, and the documentary of the Czech Puppet master, Pavel Trülar. Last year he produced and directed in Málaga “Andersen and the Jinn”, leading the short film from an emerging script idea through post-production to festivals and distribution. Andersen and the Jinn won several awards at Film Festivals all over the world. Currently working on his new feature film called The Life Coach.

He is the national general secretary of the Film Entertainment and Television Association (FENTA); educated in management, mythology and science, he is associated with several international organizations like UNESCO and has led several campaigns related to world peace and environment protection. He is passionate about the art of cinema and organizes fashion shows, promotes the culture and heritage of Gujarat through his affiliations.

Aditya Patwardhan is an award-winning film director and producer based in Los Angeles. He is amongst the few filmmakers who have produced and directed films in multiple foreign languages, and across a variety of genres. Though being from a Hindi and Marathi upbringing, he has directed projects in English, Spanish, Portuguese, Korean, and Lithuanian. He is known for a wide array of acclaimed works, with 4 feature films, 2 documentaries, and numerous short films to his name. He has global exposure in filmmaking, having produced and directed projects in the United States, India, Baltic & Eastern Europe, South Korea, Colombia, and Venezuela. With a professional experience in feature filmmaking, documentary filmmaking, political campaigning, public speaking, and music, he heads the team at his film and media production start-up Mithraspect, based in Jaipur and Los Angeles.

“An Oil/Gas Producer by Profession and A Filmmaker by Passion”

From the oil production fields of Middle East and Europe, Avnish Rajvanshi ventured into the field of filmmaking with his first film ‘The Kingmaker of the Mughal Empire’ which won international awards and accolades. With three more film production projects in the pipeline, he is also organising film festivals in The Netherlands, United States, Malaysia and India. As the Festival Director of this event, his vision is to encourage, identify and showcase cultural diversity and promote tourism along the Aravalli hills in India.

Previous Next
Close
Test Caption
Test Description goes like this